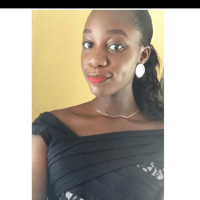 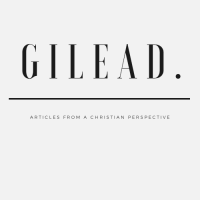 Act One, Scene One

Matthew {1:1} The book of the generation of Jesus Christ, the son of David, the son of Abraham.

No matter how you look at it God is a God of covenants. In keeping with His nature He establishes covenants with the sons of me (Noah, Abraham, Moses, David etc).

In David and Abraham we have the two vital covenants: The Covenant of Kings and the Covenant of Fathers. Jesus takes his reference point from these two covenants.

The Covenant of Fathers and Sons

Abraham was given a promise. That his seed (sons) would outnumber the stars and the sand. It was a covenant that covered the heavens (stars) and earth (sand). It was both terrestrial and celestial in nature.

God promised to bless his descendants and make them His own special people – in return, Abraham was to remain faithful to God and to serve as a channel through which God’s blessings could flow to the rest of the world (Gen. 12:1-3). Abraham was childless, he proposed to make a slave, Eliezer of Damascus, his heir (Gen. 15:2). But God rejected this action and challenged Abraham’s faith: “‘Look now toward heaven, and count the stars if you are able to number them.’ And He said to him, ‘So shall your descendants be’” (Gen. 15:5). (Ref: Padfield)

The patriarch was regarded as Father of many nations even without one heir. Christ died as one man and rose as many sons. Christ brings to reality the desire of God to father many sons.

The Covenant of Kings and Thrones

And the Lord say unto my Lord “sit as my … “ Jesus, the Last Adam was able to attain what the first Adam couldn’t. He was able to rule and reign. By reason of his resurrection, he was declared to be Lord. All dominion, might, power and principalities bow before Him eternally.

God in his infinite mercy promises these two men with his eternal word that has never failed. [Now the fruit of a promise sown is the harvest of fulfilment. A seed holds in its grip the promise of trees and fruits.] The sperm of a man holds the promise of children (sons)

Matthew pens this first book of the Jesus introducing the Son of God as the Son of the Covenant. Just as Jesus is son of both Abraham and David likewise he is the fruition of the promise given to them. Without contradiction Matthew introduces the Christ as the fulfilment of all promises stated in the bible.

In Christ the covenant/contract between God and men is fully ratified without any input from man. We will see this in a later verse. God prepares the covenant and simply gives man to run with.

Matthew 1:20 But while he thought on these things, behold, the angel of the Lord appeared unto him in a dream, saying, Joseph, thou son of David, fear not to take unto thee Mary thy wife: for that which is conceived in her is of the Holy Ghost.

Everything that concerned the Christ was fully formed in the realm of the Spirit. Without entering into the details of Pregnancy by Divinity it is clear from the verse above that the only input of man was Mary’s womb housing that which was already fashioned by God.

Exceeding great and precious promises find their fruit in the Son. He is the harvest of the covenant. What is your role in this matter? Let the Word of Christ dwell in you richly. Let the Logos of heaven saturate your heart and mind. Faith comes by hearing. What kind of hearing? Hearing by the Word of Christ!

Remember: in Jesus every promise in scripture is fulfilled satisfied. Son of Abraham (Son of the Father)… Son of David (Son of the King).

Please join the #La187family on the journey through the New Testament.

2 thoughts on “Jesus: The Covenant”

The leading Christian magazine in the United Kingdom, helping you connect with God, Culture and Life

To Love Yourself is your Greatest Revolution.