Enjoy this post and also check out the Songs from the Hill Project. 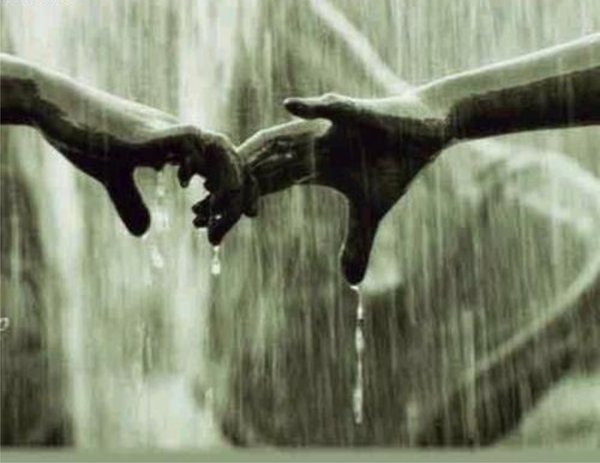 There are certain events in a man’s life that he never quite forgets. The first day he speaks in tongues. That Monday morning when he prayed for a lame man and he jumps up. And perhaps most poignant, the first break up.

It was meant to be quick and clean. There were no salty tears or puppy-dog stares. It was surprisingly surgical for a 300-Level student of Economics. She would take the only heart I had, crush it and bury it beneath the thick concrete of nothingness. Tonight she was going to break up with me. I typed that in Bold font for emphasis. Go back and read it again.

How did I know? Premonition or a word of knowledge? Well I won’t be too hasty to say that the Holy Spirit had revealed it to me though it wouldn’t be far from the truth. The clues were aplenty, lying about in plain sight: the incessant fights, the long lingering silences that followed two minutes into a call, the unrequited i-love-yous.  I was Napoleon and we had seemingly reached the Waterloo of our love despite our fiery start only seven months ago.

Dunni Awosika wasn’t your average, run-of-the-mill lady. She was head of the welfare department in the fellowship we both belonged, a spiritual stalwart. She was a firebrand, the tongues rolled off her lips like liquid french. Meanwhile I was just a floor member, you know one of those guys who would regularly attend but had no interest in signing up to be part of the Lord’s End-time army but also that kind of guy with the right amount of spiritual wherewithal to catch such a highly spiritual lady.

Her CV was loaded with stuff outside the realm of ghosts and spirits – already she was the top female in her faculty, GP wise and yeah! She was (or is it ‘is’) drop-dead gorgeous. Her eyes were brown and alive and level. Her dark brown hair was long and soft and slightly waved. My cautious mind had objected to asking her out (a story for another time) but I did, and now I was about to face the music.

We had walked from the lagoon front to her hostel. The smell of suya and chicken and chips filled the air. It was two-weeks before exam. We found our spot in Moremi Love-garden unoccupied. A good sign? Please read on… (Note that earlier on we had hugged, I had commented on her smell which was tending towards seductive). She started the conversation with – Dee, I need to tell you something. She opened her King James Bible. Okay I exaggerate. Just keep on reading.

Looking back I’m thinking – Who does that though? Break up using the Word of God. Her eyes seemed to stare into the recesses of my already fragile soul. She began “Can two walk together except they are agreed?” that was more like a rhetorical question. She obviously wasn’t expecting an answer from me. I stared at the other concrete slabs playing host to other lovers in ‘Moremi’ Love garden. The sound of music from Jaja Hall was blaring loud as the boys enjoyed their hall week. “Damilola are you listening to me”. Her voice jolted me back to reality. I nodded urging her to proceed.

Only a few weeks back she had commented on how she felt I was the one. Now she was reading words from that dead prophet-farmer guy Amos. “A three-fold cord is not easily broken. Dami I don’t think you take my relationship with God seriously…” My eyes drifted from her lips to her bible. “I think we should take a break and find ourselves…”

Did I tell you I was lost? Three-fold cord? That was some King Solomon stuff there…

I swear (you can look for that chicken and chips guy at Moremi love garden) at that point you could hear crickets chirping. As a student of Zoology I tried to imagine why they would decide to greet her decision with stridulation.

What about all the bible studies we had? Would I fight to reclaim her heart? Maybe… For now I was the weak strand in the three-fold cord.
I produced my best theological argument ever. “Nothing should separate us from our love!” twisting Paul’s declaration which was referring to the love of Christ. I juxtaposed scripture with scripture. “Love is patient. Love suffers long. Why can’t you suffer long with me ehn? Many are the afflictions of lovers”.  I presented my strong reasons to her. But …

As you can tell from the title … Nothing worked.

The above was just my creative introduction to the following.

10. I’m sorry I’ve found someone more spiritual.
9. I’m sorry it’s just not God’s will.
8. I feel called to the ministry, very soon and very far from you as soon as possible.
7. I’m sorry, it could never work. I’m a sanguine and you’re a phlegmatic. (I will kill Tim Lahaye for this)
6. God loves me and must have a better plan for my life.
5. You know, I feel like I’m dating my brother.
4. At least I got a lot out of our Bible studies together.
3. You need someone with lower standards.
2. I think we should just be prayer partners. (Prayer-Partner Zone: Try to escape it and hellhounds will haunt you)
And the number one break-up line…
1. I do love you, but it’s just AGAPE now.

Thanks for reading it to the end.

Whew… This writer doesn’t advocate haphazard dating patterns. SEEK the face of God before committing yourself to another person. Count the cost. Love isn’t blind; it has two very sharp eyes on the look-out.

Maintain purity in your relationship (best bet avoid kissing and co – it opens Pandora’s Box, if you catch my drift).

In short instead of hopping from Alero to Zainab or Andrew to Zack, use your youth to serve God.

23 thoughts on “BREAKUPS AND STUFF”

Phoenix - The Rebirth of My Life

Raise mental illness awareness. Stop the stigma. Save a life.

Godinterest is dedicated to proclaiming Christ and set apart, to save and empower lives.